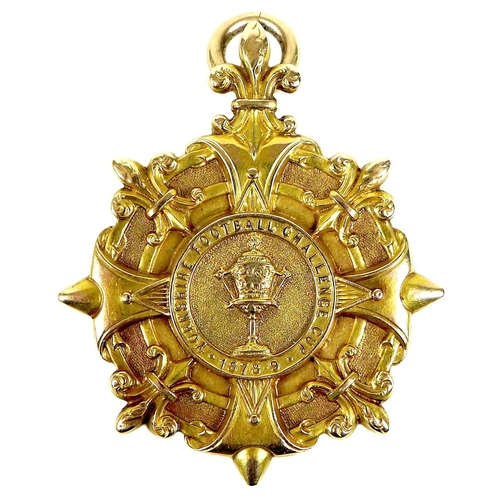 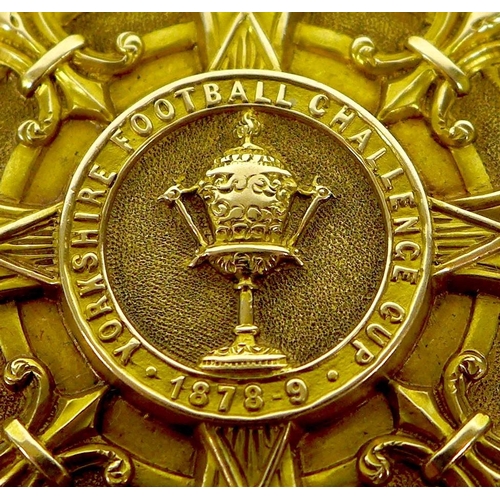 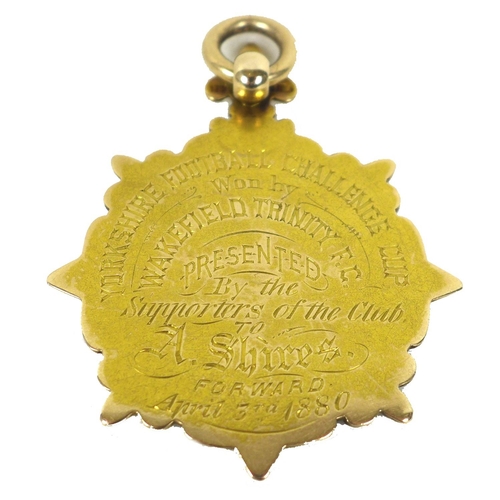 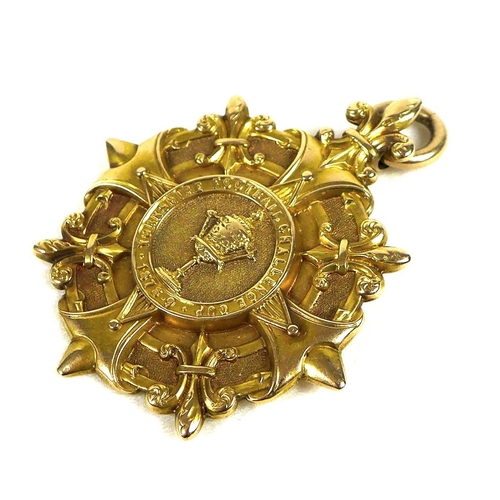 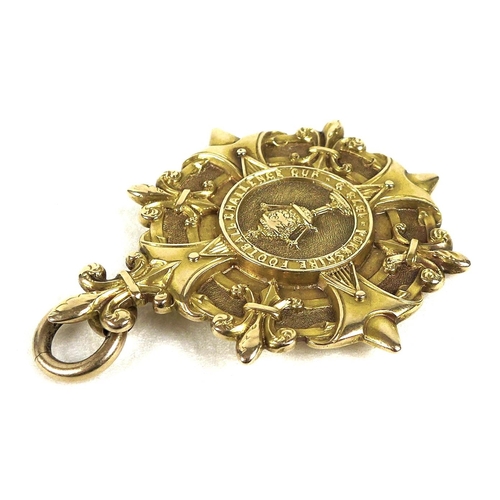 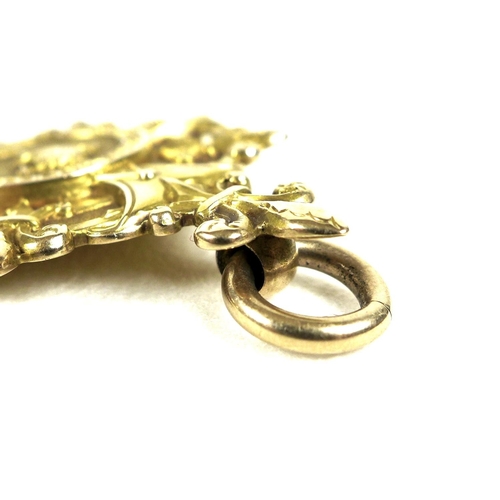 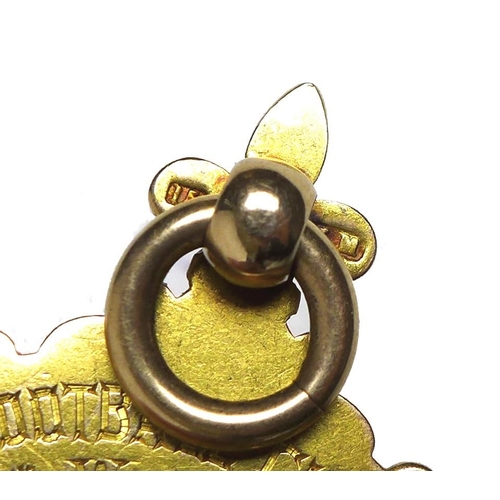 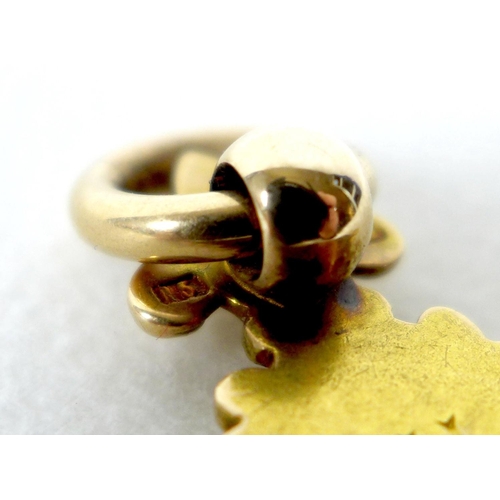 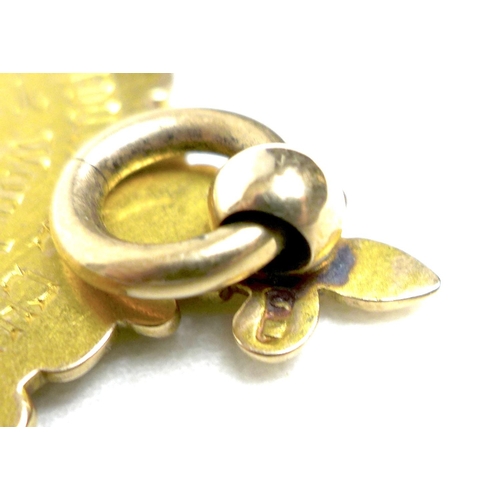 A rare Victorian 15ct gold sporting winners medal, of circular form with a central relief cast roundel depicting a trophy, the Yorkshire Cup, with inscription border 'Yorkshire Football Challenge Cup, 1878-9', and surrounded by a filled in cross adorned with fleur-de-lys, with jump ring, the reverse engraved 'Yorkshire Football Challenge Cup, Won By Wakefield Trinity F.C., Presented By the Supporters of the Club To A. Shires, Forward, April 3rd 1880', hallmarked '15' and 'J M', probably by Mappin & Son, Sheffield, 23.6g, 4 by 55 by 45mm.
Notes: The Yorkshire Cup is an English Rugby Football Union competition founded in 1878 by the committee of the Yorkshire County Football Club (composed from the clubs of Bradford FC, Huddersfield FC, Leeds FC, Hull FC and York FC) who sanctioned a knock-out tournament - the first of its kind in the UK. The silver 'Yorkshire Cup' trophy itself was made in 1877 by Martin, Hall & Co. Sheffield and London, only 3 years before this medal was awarded, and was known locally as 'T'owd Tin Pot'. In first season of the competition, sixteen teams battled it out for 'T'owd Tin Pot', with York eventually losing out to Halifax in the Final.
This gold medal was awarded for only the third ever playing of the competition in 1880 to the forward A. Shires after Wakefield Trinity beat Heckmondwike in the Final with 3 goals, 6 tries, and 7 'minor' points.

Watch Lot
Sell One Like This
Prev Lot
View All Lots
Next Lot
Closed
Auction Date: 21st May 2021 at 4pm 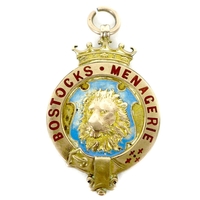 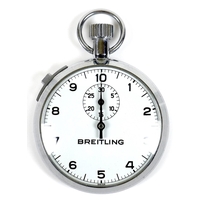