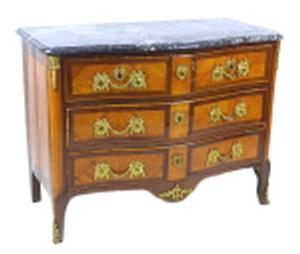 Discovered in a Cambridgeshire apartment this beautiful French commode is stamped by it's maker, Master menuisier-ébéniste André Antoine Lardin (French, 1724-1790).

Dating to 1760 it was made during the reign of Louis XV, the 'Beloved' who was born at Versailles and who at the age of five succeeded his great grandfather Louis XIV 'The Sun King' to the throne. It would have seen decades of quiet enjoyment in the French chateau it was made for before the incredible upheaval of the French Revolution.

Incredibly it survived and eventually found its way to rural England where more recently it has resided for the last 40 years. Looking at it one wouldn't guess the history that it's witnessed, or who's chamber pots it might have once held! 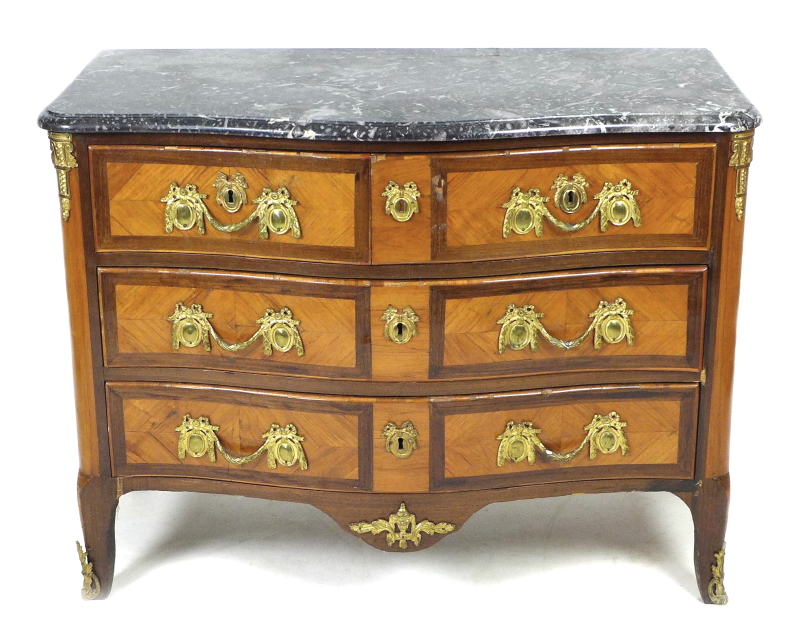 Some of you might wonder why they are specifically called commodes, rather than chests of drawers?

In early 18th-century France, the word commode meant a chest of drawers or a cabinet for storing personal items, and the word derives from the French word for 'convenient' or 'suitable'. In the subsequent century 'commode' was used to mean a particular type of cabinet that held chamber pots.

Also helping to date it is the stamp 'JME' that was issued by the ‘jurande des menuisiers-ébénistes’, which was made up of elected guild members who approved the quality of each piece of furniture made in Paris in the mid 18th century. Any furniture that failed to meet the required standards of craftsmanship was confiscated!

If you are interested in this lot, or have similar stamped French 18th century furniture to sell please contact us on 01780 766466 or valuations@batemans.com and have a look at our SELLING page.