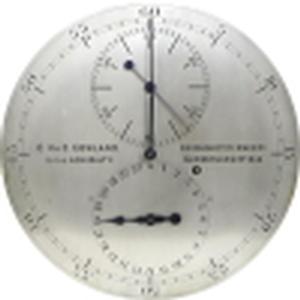 A thorough report on a spectacular first Fine Sale of the year, written by Managing Director & Valuer Greg Bateman

January and February are traditionally rather slow for auctioneers and auction goers - there's an element of post Christmas and New Year hangover, the lethargy of cold, dark, drizzly days, and slow building into the excitement of the Spring and Summer sales schedule.

Not so at Batemans of Stamford - the year started most certainly with a BANG. Three stellar lots, scattered throughout the sale were the cherries on the cake for an all-round fantastic start to 2020 as Managing Director & Valuer Greg Bateman explains...

This Japanese Satsuma porcelain figure by Kinkozan, Meiji period (1868-1912), modelled as a young Japanese woman in standing pose was one of the finest examples Mr Bateman had seen, made by the famed Kinkozan family whose workshops ran from 1645–1927; they exported heavily from 1875, especially to America, and were the largest overall producer of Satsuma export ware. Their pieces are highly prized, especially the rarer larger pieces.

The room took a full minute to recover after such an exciting battle, and as there were hundreds more lots to still be offered David Palmer the auctioneer could not rest on his laurels - "the show must go on!" said he. There followed some more interesting pieces of South East Asian porcelain, then into more modern English and European items, including a pair of beautifully painted Royal Worcester cabinet plates painted by N. Creed which sold very well compared to similar examples at auction for £840 (including 20% BP).

The collectables section, always hiding some surprises did not disappoint, where a private collection of cameras, lenses and accessories was a sell out, with a Victorian J. Lancaster & Son 1892 Instantograph patent field camera coming with some interesting lenses including a Pantoscop No4, Emil Busch lens, in original cylindrical case, made a healthy £504 (including 20% BP).

Next up the Militaria section which was strengthened considerably by a very large private collection of medals, badges, buttons and other related military items. Prices ranged from £50 - £400 with most selling safely in the low hundreds. Clearly plenty of bidders been saving up to secure at least a small part of this impressive collection. Hardest won were small groups of British army badges, each displayed on cardboard mounts; the best of these included Cambridgeshire Regiment, Royal Scots Dragoon Guards, 20th Hussars, Tyneside Scottish, with this group selling for £408 (including 20% BP)

The almost sell-out military section finished with the second stand-out lot of the day, with the room having to wait through a very entertaining hour and a half to be amazed once again just before midday. Lot 138 was an old rifle, one of many that have been through these auction rooms in Stamford in the last few decades, however it was produced by one of the magical names in antique arms - Henry Nock - who was a British inventor and engineer of the Napoleonic period, best known as a gunsmith, and who went on to found Wilkinson Sword. One of his innovative mechanisms was the Nock's patent screwless lock, as fitted to this example of an early 19th century, Napoleonic period, militia carbine rifle. Various collectors in the room had turned up and registered to bid for this one lot - with several eager just to see it in person. Bidding with commissions and on the internet set proceedings at £1,800 and a flurry of initial bidding saw off the internet bidders at £3,000, three room bidders and three telephone bidders continued to battle until the hammer fell to a UK collector in the room at a fantastic £6,960 (including 20% BP).

The Printed Ephemera and Books section, including stamps and postcards held a scattering of excited bidding, mostly for early stamps and interesting postmarks, but the Pictures were the next to get people talking. From a deceased estate two interesting oil paintings actually sold solidly rather than exceeding pre-sale expectations, and in Mr Bateman's view providing some excellent value for the winning bidders. An unsigned Italian School (18th century) oil on canvas, depicting a rural scene with figures in a landscape, held a tantalising attribution plaque to frame 'Zuccherelli', but this did not attract serious trade bidding selling at £696 (including 20% BP), and an ever popular Venice scene depicting a view of The Doge's Bucentaur returning to the Molo, Venice, from the Bacino di San Marco, during Ascension Day, painted in confident thick impasto oils sold for £1,080 (including 20% BP).

The best however was saved until last....

A rare 19th century regulator clock was set to conclude Batemans’ auction in some style. Dismissed by another local auction house’s Valuer as a £200-£300 wall clock, the vendor wisely contacted Batemans for some alternate advice. Managing Director Greg Bateman immediately spotted it as a good quality regulator by G. H. & C. Gowland, Chronometer Makers To The Admiralty, with a likely auction value of several thousand pounds, and certainly a rare piece that clock enthusiasts would be very eager to buy. Following a Valuation home visit the current owner gratefully asked Batemans to offer it for sale with pre-sale estimates of £3,000 - £5,000.

The 'most watched' lot in the run up to the sale across the multiple bidding platforms and website Batemans uses to reach potential bidders, again attracted specialist buyers to Stamford. They had waited patiently all day, probably making good use of the on-site cafe to stave off hunger and thirst, to have a chance and taking home an 'absolute stunnah' of a clock. Pre-sale interest hinted at what was about to happen, but pre-sale bidding was non-existent - were we to be disappointed? Not one bit, as often happens with the most desirable of lots each bidder carefully keeps their powder dry, not wanting to give anything away, any advantage to their competition, in the hopes that this will help them. Bidding opened at £2,500, then flew at a fierce pace to the top of the estimates at £5,000 in twenty seconds of manic bidding. An online bidder and a quietly confident room bidder lurking near the back then fought back and forth for another fevered minute. But then, just as quickly as it started, it all finished... the last lot of a thoroughly exciting sale sold for a dramatic, curtain falling, £8,640 (including 20% BP) to the very patient, and now extremely happy room bidder.