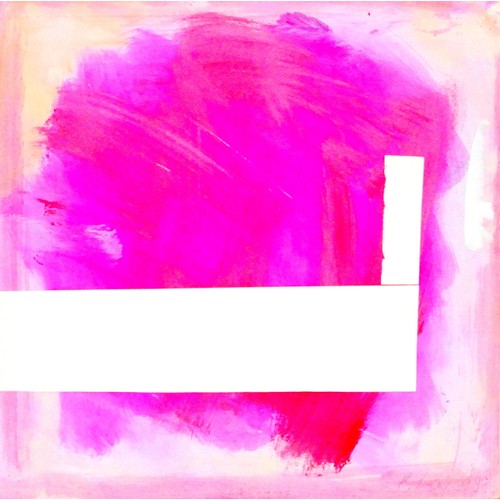 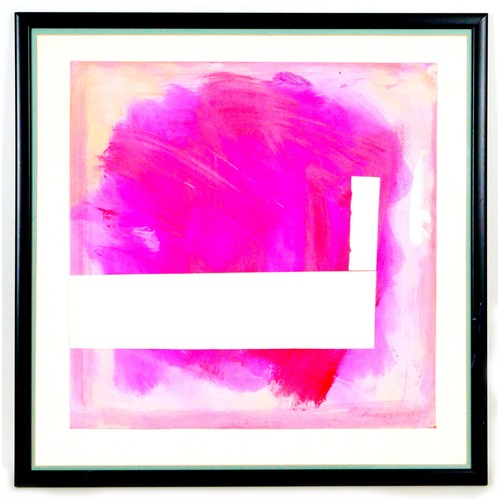 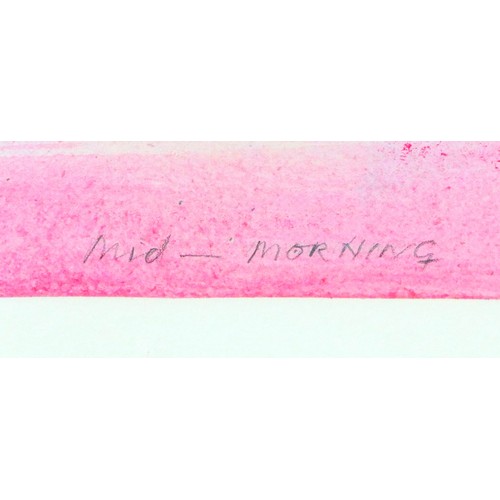 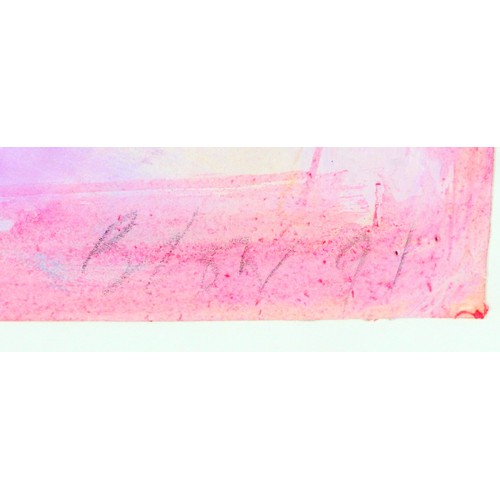 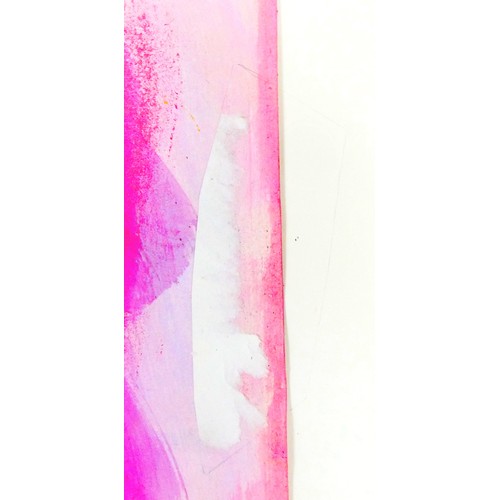 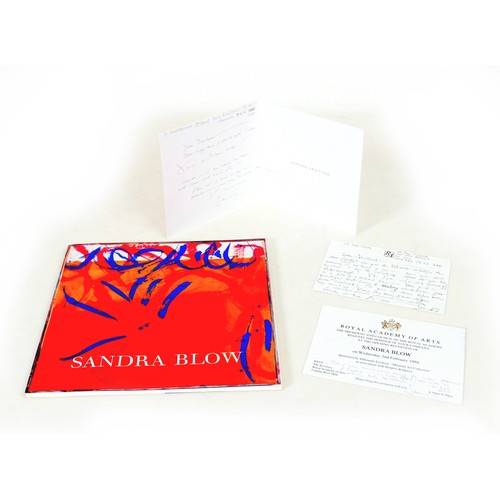 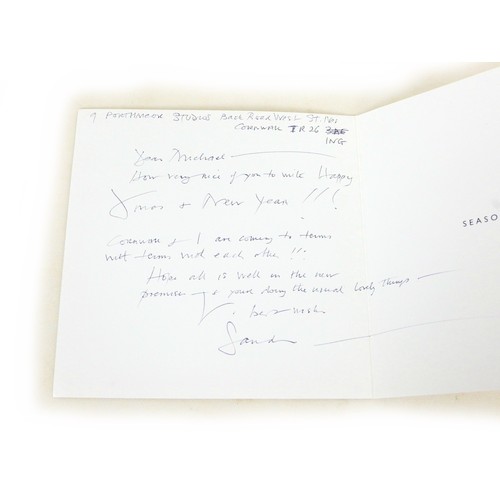 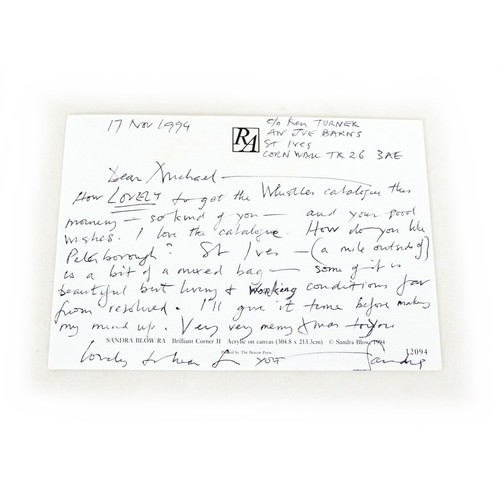 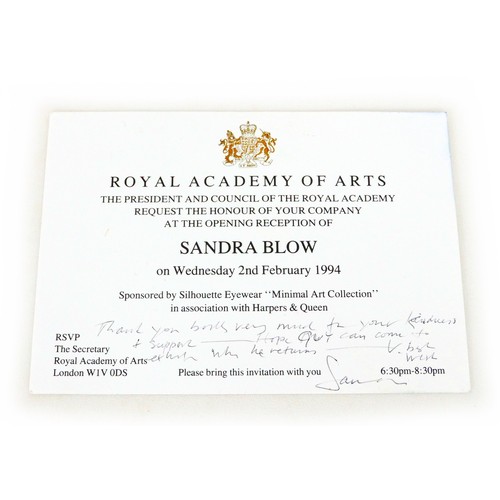 Provenance: In 1991 this mixed media piece was gifted by the artist to the vendor, who was working as an account executive for printing firm Balding + Mansell Limited at the time, the firm prepared a number of high profile exhibition catalogues. The vendor said "It was after the production of a Sandra Blow Catalogue in 1994 that Sandra and the designer, Mrs Pat Schleger, invited me for brunch at her studio in Chelsea, as a thank you for aiding the production of the catalogue.

She had rustled up some cabbage soup and then she fetched two of her paintings and asked me to select one. One of which was painted in a paler shade of white/cream, and the other was a much more vivid pink. She asked me which one I would like and I replied that I preferred the ‘pinker’ one. I then graciously thanked her for her gift, at which point I said something along the lines of, if someone wanted to known the title of the piece, what could I tell them. She consulted a clock in the room and also said to Pat Schleger, ‘what time is it Pat?’, to which she replied ‘mid morning’. She then acquired a pencil and wrote her signature and the title ‘Mid Morning’." 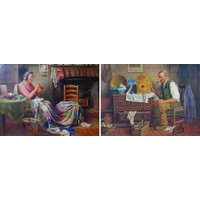 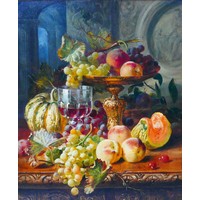