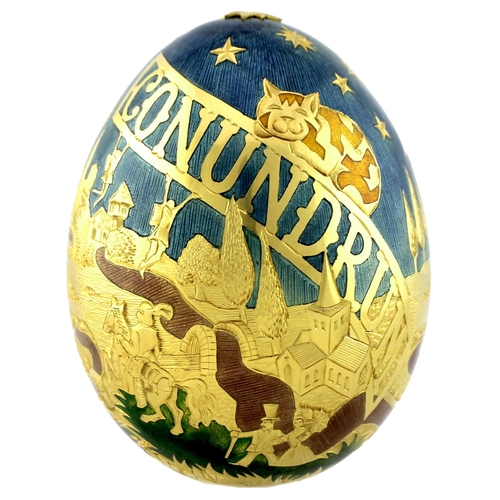 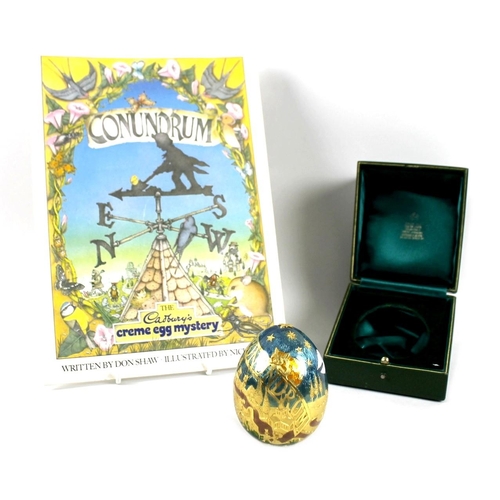 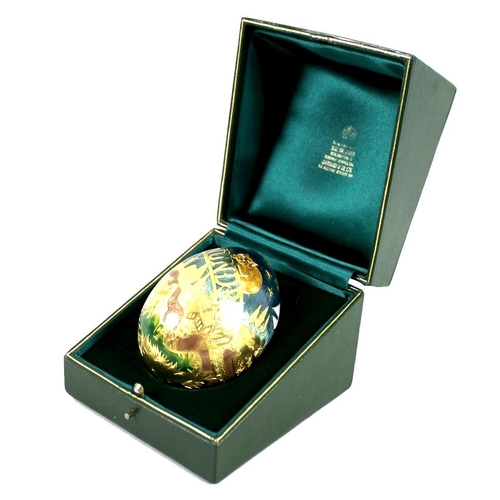 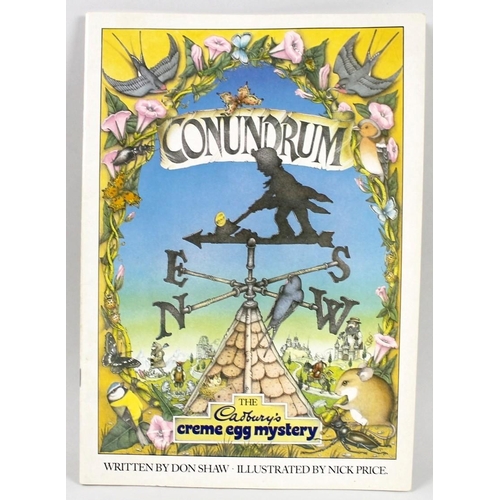 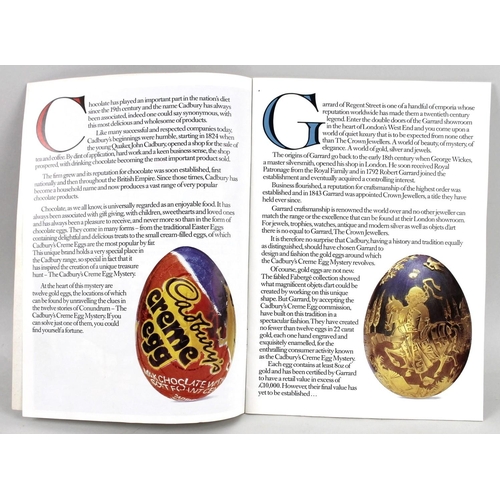 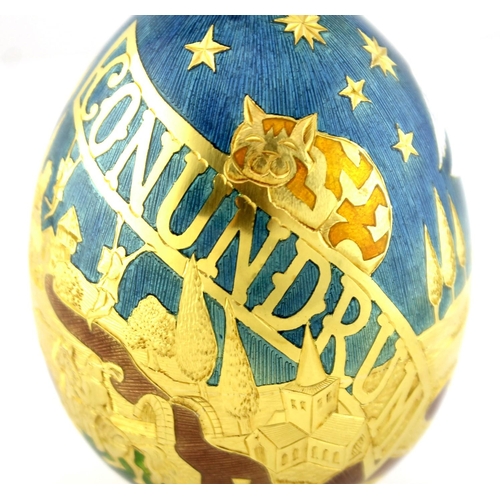 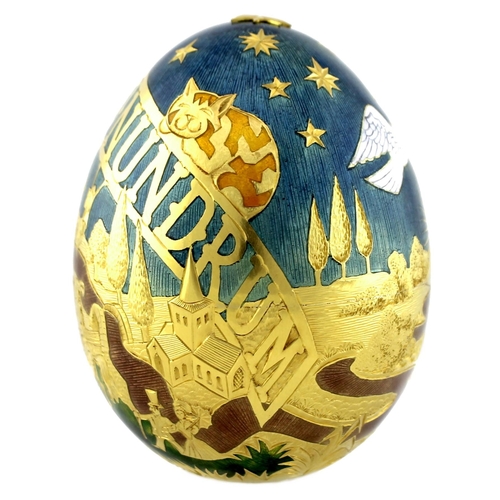 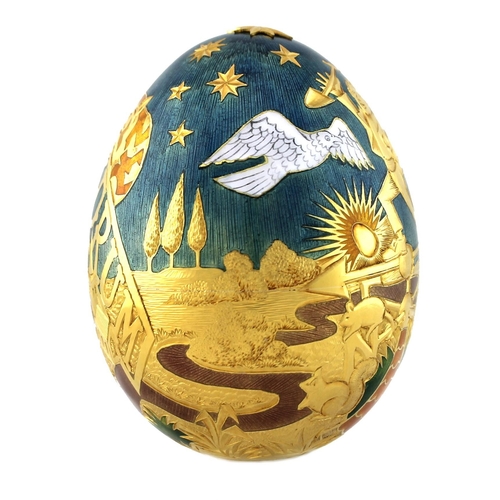 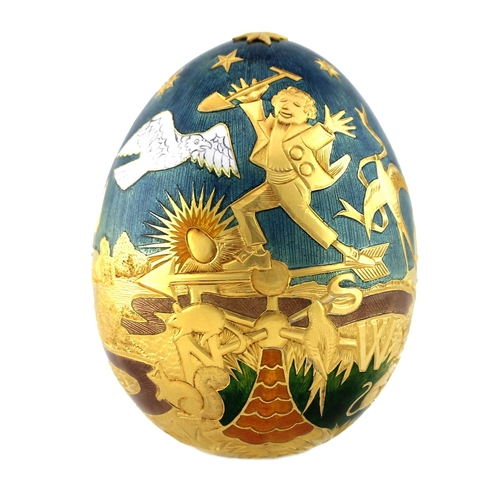 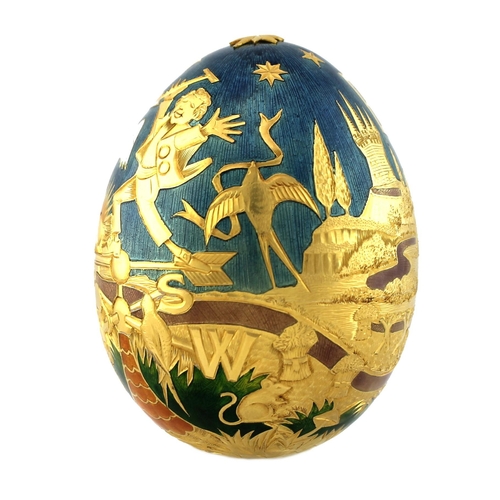 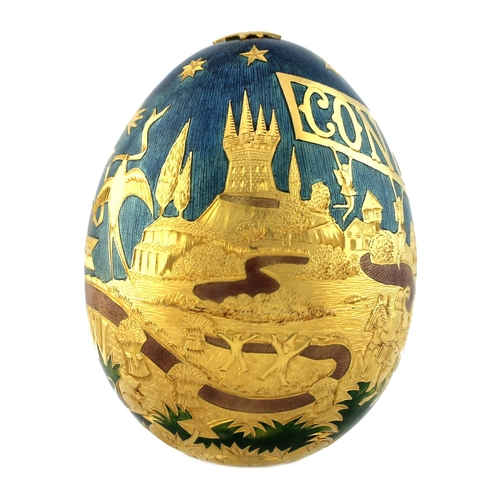 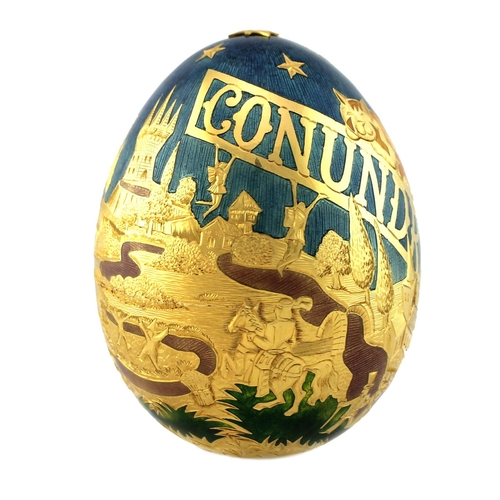 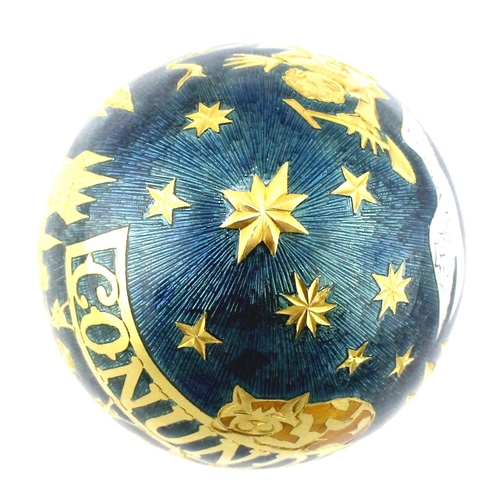 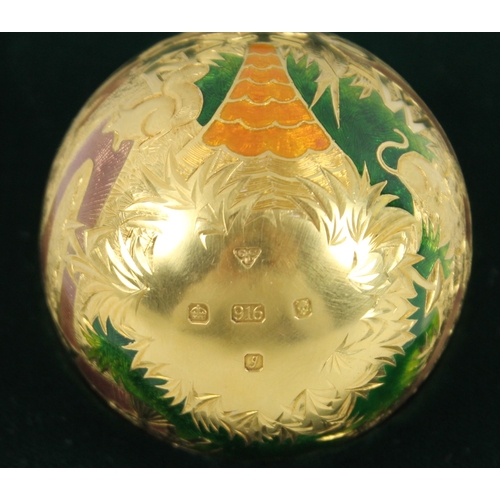 Provenance: In 1983 Cadbury's ran a hugely popular treasure hunt for twelve golden eggs hidden across the country, the Conundrum book written by Don Shaw composed of twelve paintings and accompanying verses containing clues to the whereabouts of twelve buried caskets, when found these caskets contained a 'certificate of ownership' with a telephone number which the finder called to claim a 22 carat gold egg created by Garrard.

Unbeknownst to the public a thirteenth egg was made, larger and heavier than the others, with a design encompassing the twelve riddles and the nationwide search for the golden eggs, which was presented to one lucky Cadbury's retailer from the UK; this is that thirteenth egg. It was originally sold by Batemans on behalf of the original recipients in July 2017 for a hammer price of £17,200; the buyer has sadly since passed away and his family have decided to offer it for sale again with Batemans of Stamford. 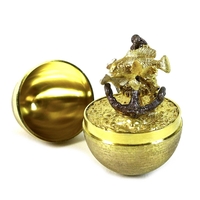 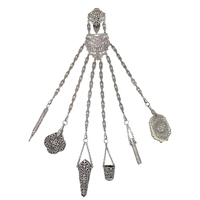