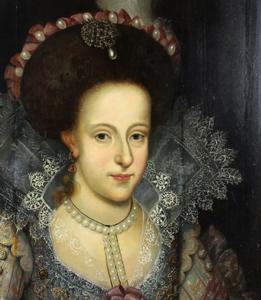 A report on the busy March sale with a frantic first hour of bidding, written by Valuer Sophie Chapman

As the cherry trees began to flower this March, interest in Chinese and Japanese works of art was blossoming in Stamford.  Building on their excellent reputation with collectors from all over the world Batemans continues to draw in some exceptional pieces with achieved prices to match.

Whilst the Asian Art section at the start of the sale kicked the day off to an exciting start, this was just the beginning of a strong and solid sale for the renowned Lincolnshire and Rutland auctioneers as stunning paintings, rare collectables, and fine furniture proved later in the day.

Following on from an £8,400 Satsuma success in February, the auction excitement began with the very first lot, a fine Japanese Satsuma pottery vessel and cover by Shozan Kinsei. This slab square sided vase and cover was of glowing quality and intricate detail, and had the seal for the maker, which it seems can make all the difference as bidding accelerated past the £500-£800 estimate selling for a final price of £1,440 (including 20% BP) on the phone.

Next up were two pieces by Yabu Meizan, another highly collectable maker within Meiji period Satsuma wares.  The collectors and buyers were ready and with phones again bidding they both sold, this smaller vase sold on the phone over estimate for £1,020, whilst the taller bottle vase whistled past its £200-£300 estimate to sell for £1,500, (each including 20% BP) to sell to an internet bidder.

The first three lots had taken a full fifteen minutes of intense bidding to sell – certainly worth waiting for and an enjoyable spectacle for the bidders in attendance packed into the Batemans saleroom.

It is interesting to note though that whilst named Satsuma wares with makers seals can sell extremely well, pieces of near similar quality and date, but unattributed still command only moderate prices. This is the polarised nature of most markets across the collecting range – quality, name, rarity and condition are all required to produce these spectacular results.

The two lots following, from the same vendor but of lesser quality, and without makers seals, sold for just £90 and £204 respectively (each including 20% BP), perhaps something to look out for in the future as Satsuma wares look to make a comeback.

Next up in the sale and only a few lots later came the Chinese works of art and the biggest surprise of the day. The stellar results came again in quick succession with tables full of telephone bidders on a number of lots, however, it was an internet bidder who finally secured the day’s top lot. This Chinese box and cover of six lobed form and good size, was intricately and finely decorated.  The conservative estimate of £100-£150, reflected the catalogue description for this being made of resin to resemble cinnabar lacquer. Clearly some bidders thought something had been missed as the estimates were brushed aside - the internet quickly took the lot to over £1,000 within seconds, bravely the phones and room bids tried to come in, but the soaring figures as the bidding over the two internet platforms took over, as the price went over £3,000, the atmosphere in the room stilled, £4,000 and still going, £5,000… finally, the hammer fell at £5,200, brining the final price to £6,240 (including 20% BP), over fifty times the original lower estimate.

David Palmer the auctioneer helpfully pointed out the slight discrepancy between the pre-sale estimates and the final selling price, but these moments exemplify the excitement and unpredictability of auctions when bidders just don’t want to miss out!

With little time to recover, a few lots later, the phones were in action again for this exciting Chinese Qing Dynasty ginger jar, decorated in underglaze blue and white in a Transitional style – was it perhaps a little earlier than catalogued? Behind the scenes it was suspected that a huge bidding war was about to erupt; the ‘most watched’ lot on the online bidding platforms in the viewing prior to sale and with nine telephone lines booked something exciting was about to happen!

Also estimated rather modestly at £100-£150, the bidding exploded out of the blocks, barely giving David Palmer a chance to offer an asking price, as the internet platforms again took over, at £2,000 the bidding slowed enough for room and phone bids to come in, but not for long as the bidding rose above the £3,000 mark, above £3,500, and on, selling finally to an internet bidder for £4,560 (including 20% BP).

No time to loose and just three lots later came this beautiful Chinese porcelain baluster vase, decorated in a familiar Ming style with chrysanthemums and scrolling foliage it was widely thought to be an early 20th century copy.

Again the Batemans’ bidding clerks were ready with the phones, again the estimate of £100-£150 was swept away, but this time a phone bidder managed to wade into the fray and at last secured the vase, the hammer fell at £1,500, ten times the original estimate and a total price of £1,800 (including 20% BP).

The room, bidders and staff were able to take something of a deep breath.

Collectables is such a varied section of any sale; you never know quite what is likely to come up. When these stunning early 20th century ‘King of the Road’ motorcar tail lamps came into the saleroom, Sophie Chapman, one of the Batemans team of Valuers, got thoroughly enthusiastic; ‘It is not so much that they were in and of themselves rare – I have seen very similar tail lamps before, but never in this sort of condition, they looked as if they had just been made yesterday’, she explained.  Indeed the condition was incredible, they had been kept in their original boxes and never used, even with their original bulbs still intact, and they caused quite a stir amongst the motoring collectors and enthusiasts, selling well over the £100 - £150 estimate for £624 (including 20% BP).

Music boxes are quite often highly collectable and highly prized, particularly if they carry a name such as Nicole Freres, this beautiful 19th century music box, in incredible restored condition which played eight airs was unsigned and had no label, but the quality and the signs were all there, taking it well above the £500 - £800 estimate to sell for £1,140 (including 20% BP).  The restored condition and good size were clearly desirable to various bidders, not least it’s particularly lovely sound – and if you wish you can listen to it playing here:

Still on a musical note was this unusual Flugelhorn, again, the maker Conn was the all important factor taking what was a standard instrument estimated at £30-£50, to a strong £660 (including 20% BP), hopefully they will both enjoy many a year (and ear!) continuing to be played and enjoyed.

Coming as an aftersale shortly after the sale concluded was one of the pre-sale highlights – an incredible Stanhope medal for bravery awarded by the Royal Humane Society to Noel Augustus Kinch, for saving another man at sea amid dangerous conditions, which amounted to rescuing a drowning shipmate off the coast of Iceland, having to fight off a shark with his right hand for forty minutes while he held the man, whose life he saved, in his left.

An incredible feat and for which the recipient’s medal found a deserving new home with a specialist collector at an impressive £4,800 (including 20% BP).

Fine Art, including Paintings have often been a strong section at Batemans, with some record prices for artists achieved, particularly for local and later artists.  It is unusual though for good early European Old Masters to come up anywhere outside the capital, so it was wonderful to see this beautiful early 17th century portrait in such fantastic condition at the Stamford auctioneers.

Attributed to Frans Pourbus The Younger, a Flemish artist who painted a number of noble women of the French and European courts particularly, this painting has the date 1611 to it, and comes with a excellent provenance, having previously sold at Christies in 1981; it has been in a private collection since that time and came complete with the 1981 sale paperwork.  Estimated at £5,000 to £8,000 it sold just under estimates for £4,800 (including 20% BP).

Originally catalogued as possibly Margaret (Margarita) Gonzago Duchess of Savoy, it is now believed to be a copy, with various changes and later overpainting, depicting Princess Elizabeth, Queen of Bohemia and Electress Palatine., daughter of English King James I.

Her portrait by an unknown early 17th century artist, and dated 1613, hangs in the National Portrait Gallery and does bear remarkable similarities.

As is traditional at Batemans they saved the Furniture section until the end of the sale; furniture has been having something of an unusual curve recently, with great quality reproduction Georgian furniture sometimes selling for more than the original three-hundred-year-old items.  This sale very much proved the point as three separate lots of good quality Titchmarsh and Goodwin reproduction furniture soared well over their estimates.

All was not lost for the older genuine pieces though and having an unusually large set of fourteen Victorian dining chairs is much rarer nowadays and very desirable, this no doubt accounted for them achieving £1,080 (including 20 BP) above the solid estimate of £500 - £800.