An interesting look at the highest selling lots and those of special interest in the sale, written by Valuer Rupert Pink

After the success of the first Batemans specialist quarterly Jewellery & Watches, Silver & Gold auction in May, the August auction managed to build spectacularly on this start with prices across the sale exceeding expectations and estimates. The catalogue offered a wonderful array of lots and was met with rigorous bidding from start to finish of the sale. With a staggering amount of absentee bids left across Batemans’ own website, and both online bidding platforms the-saleroom.com and easyliveauction.com, totalling almost £100,000 the sale was sure to be a huge success. Multiple bidders on almost every lot ensured that bidding was competitive and prices very strong. 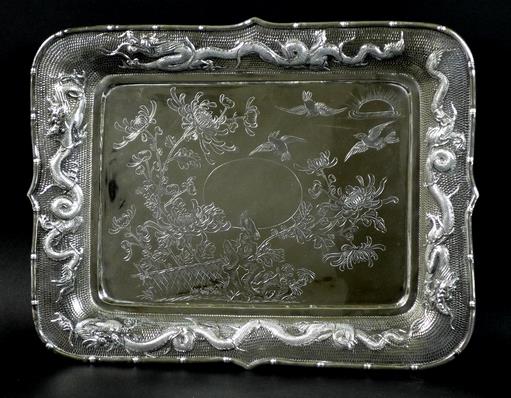 Early on in proceedings, lot 32, an exquisite Chinese Export silver tray provoked an ecstasy of bidding via the internet, the room and from telephone bidders, with bids soaring upwards before settling at the heady figure of £1560 (including 20% BP).  Chinese silver wares always attract bidders, combining a mixture of high quality craftsmanship and social historical value. 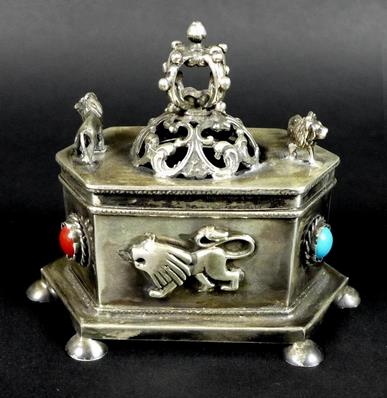 In 1873, the doomed future Tsar Nicholas II of Russia was just five years old and totally unsuspecting of the revolution that lay ahead. In this same year lot 33, a Russian silver Judaica box was also made and 146 years later it was offered in our specialist Jewellery & Watches, Silver & Gold auction. As a powerfully evocative piece of silver with historical and commercial value, the fascination and interest in the item was palpable with 39 bids made before it finally sold for £600 (including 20% BP).  Other items within the silver section which proved especially popular were lot 20, a fine Sampson and Mordan silver card case, which was in excellent, almost unused condition and had been kept safely in it’s beautiful fitted case, which sold for £408 (including 20% BP), and lot 29 a Victorian silver egg cup stand selling for £624 (including 20% BP). 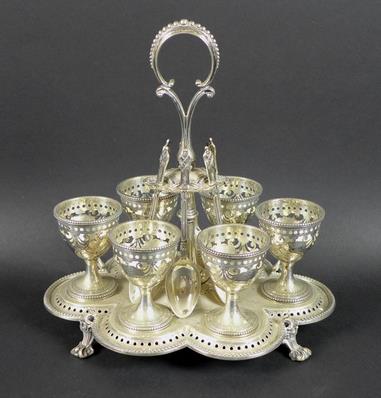 A highlight of the sale was a spectacular private collection of jewellery which encompassed a diverse range of designs mostly from the 1960’s and 1970’s. They had been collected throughout the life of a local lady for pleasure rather than investment and this shone through with a plethora of bejewelled rings, bangles and trinkets across a wide variety of styles. Batemans had been entrusted with dispersing of the collection across the three specialist jewellery auctions being held this year with this sale showcasing modern design rings.

Values for items from this period of jewellery design are at an all-time high and bidders were feverishly bidding to purchase a piece of this wonderful assortment. Buyers from a dozen different countries, as well as UK private and trade all looked to win the lots they wanted. 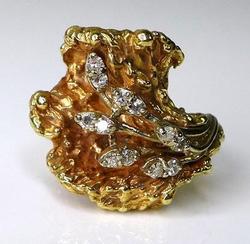 The final tranche of pieces from the collection will be included in the 15th November Jewellery & watches, Silver & Gold sale. 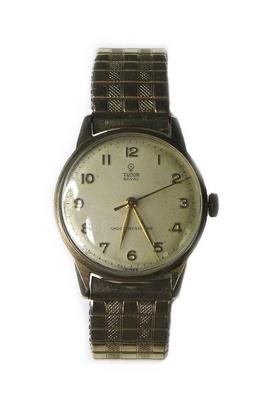 In recent years wristwatches have commanded healthy prices at auction. The watches at Batemans had a 100% sale rate and with many selling for well above top estimates. Two examples of the current appetite for watches were lot 197, a circa 1947 Tudor Royal gentleman's 9ct gold cased wristwatch, and lot 199 a 1970s Omega Seamaster 600 gentleman's gold plated wristwatch. 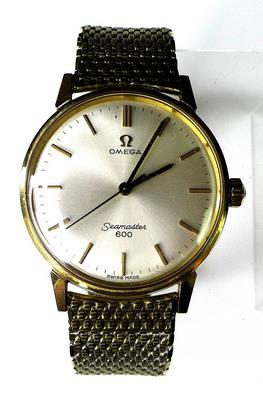 Both estimated to about £200 they exemplify the current trend for good quality vintage men’s watch style. Although both had later straps and were more basic models they have steadily become more and more popular, leading to final selling prices of £384 (including 20% BP) for the Tudor and £336 (including 20% BP) for the Omega – both still excellent value for such stylish pieces. These are surely perfect investments and if kept in good condition would be wonderful heirlooms to pass down to subsequent generations. 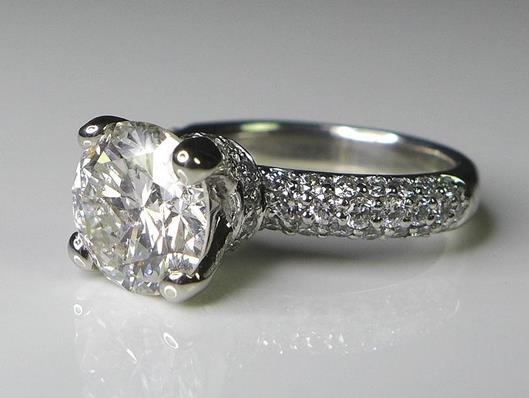 As befits its position as the final item in the sale, the show stopping lot 310, an impressive 2.85ct diamond solitaire ring, created a storm of interest and excitement prior to the auction. As the last lot of the sale, a healthy crowd remained to await the result; two telephone bidders battled it out from an initial bid of £5,000 with it eventually selling for £9,360 (including 20% BP).